Rise of the Plant-Based QSR

Those of us of a certain age will remember a time when eating “vegan” at a QSR meant the Wendy’s salad bar.

Fast forward to 2021, and advances in both food technology and the restaurant biz have made the concept of eating vegan (which we now call “plant based”) much more palatable to the mainstream. The names “Beyond” and “Impossible” are on most major QSR’s menus today. Eat Just’s plant-based egg products are in a growing number of fast-food breakfast items. And recently, two more announcements from major QSRs dropped that indicate we’re at fast approaching a major turning point for menus in the QSR realm.

On its most recent earnings call, Starbucks said it had turned one of its Seattle, Washington locations into a test area for a “100% plant-based food menu.” Starbucks CEO Kevin Johnson suggested that this test site is in response to what he sees as “the most dominant shift in consumer behavior,” which is the move to plant-based foods. The shift, said Johnson, is evident in both food and beverages.

The move to offer plant-based meals to customers isn’t entirely new for Starbucks. The chain debuted Beyond Meat products in China last year and carries Impossible sausage sandwiches at its stores in the U.S. It also offers a number of plant-based milk alternatives.

But this new test store in Seattle is the first time the chain has gone full-tilt on a plant-based menus. All food items on the Starbucks menu will be vegan, with animal-based proteins being replaced by plant-based counterparts.

Also recently, McDonald’s announced it’s finally testing its McPlant burger, a vegan offering the mega-QSR developed with Beyond Meat. While this is less of a monumental change than overhauling an entire menu, McDonald’s has up to now has made few moves when it comes to introducing plant-based foods to its menus. (A brief trial in Canada is the exception.) Though this McPlant pilot is pretty limited right now — Denmark and two cities in Sweden — it is also likely also in response to a growing consumer demand for plant-based proteins.

All that said, demand shows up differently in different parts of the world. Sweden and Seattle are obvious choices to test plant-based wares, given the demographics that reside in those areas. In the U.S., at least, seven in 10 people classify themselves as “meat eaters,” according to recent data, and there are undoubtedly parts of the country where a plant-based Starbucks would fail harder than the Wendy’s salad bar expansion did in the ‘90s.

For now, that is. As more tests like that of Starbucks are conducted, and major chains like McDonald’s introduce more plant-based items, the concept of a full-vegan fast-food meal will grow less foreign to more customers. I doubt it’s long before we see plant-based QSR locations popping up in certain markets like, NYC, San Francisco, and even newly popular cities like Austin and Denver. How the plant-based QSR fares in these markets will tell us a lot about when it will head to other parts of the country. 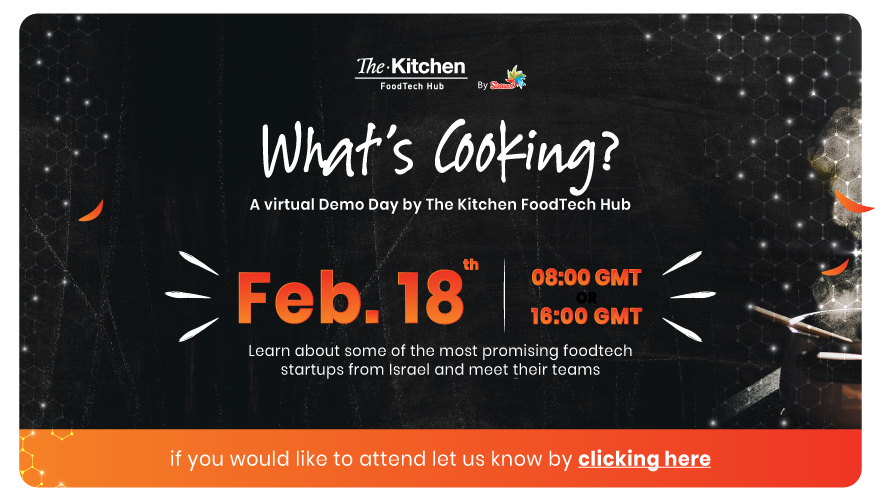 Israel’s leading foodtech incubator is having a virtual demo day on February 18th! If you would like to attend and connect with Israel’s most promising foodtech startups, you can register here. 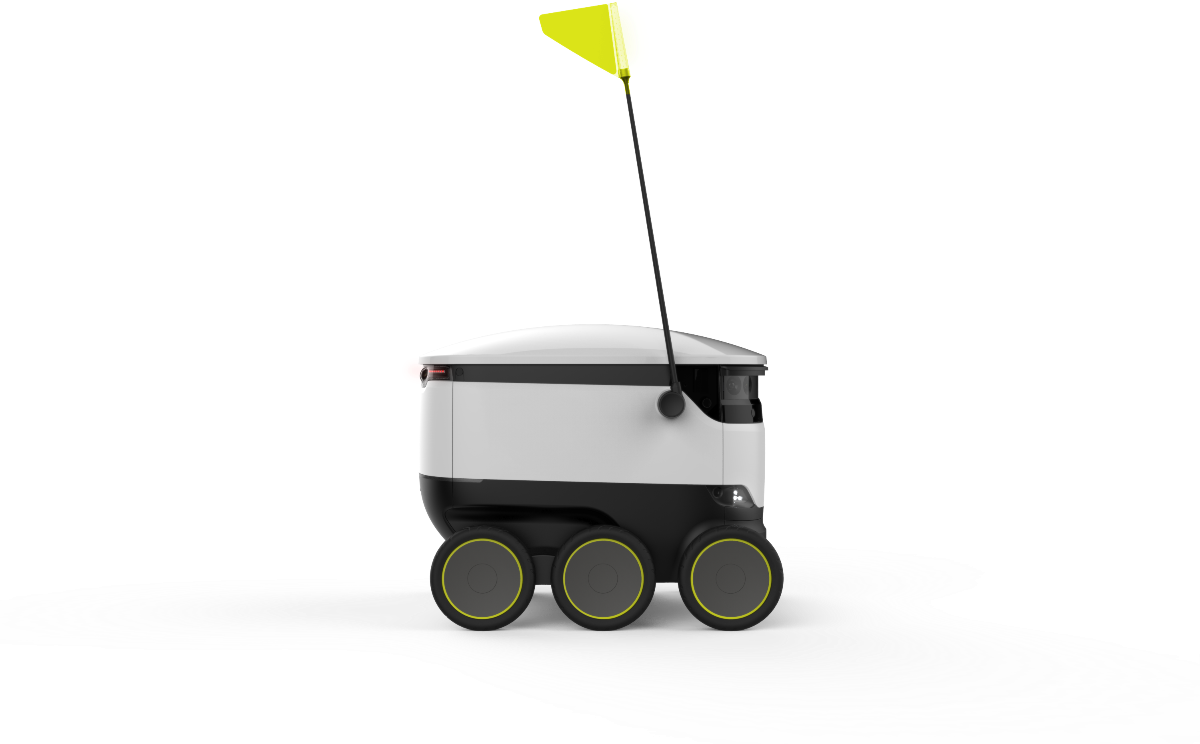 The Restaurant Robots Are Coming

I just made that up, but as The Spoon’s Editor in Chief Chris Albrecht points out in his new Spoon Plus report, we will soon see these delivery bots rolling about our sidewalks, college campuses, and city streets.

Chris’ report breaks down the different companies currently leading the space, including Starship, Kiwi, Nuro, and Refraction, and where these players’ opportunities lie in making robot delivery more common for the average consumer.

In the restaurant realm, there are a few advantages to robot delivery. It’s first and foremost a more contactless delivery method, which is an obvious plus at a time when COVID-19 vaccines aren’t widespread. Robots can also work continuously without the need for a break and could potentially be cheaper for restaurants. The flip, of course, is that widespread robot deployments would take jobs away, a point that cannot be ignored in any discussion about restaurant robots.

Chris delves into all of this and much more in his report, which you can access by becoming a Spoon Plus member. Spoon Plus members get access to all of our market reports, maps and deep dives that give you an advanced understanding of where the food tech industry is headed. You can find the report here. If you are not a Spoon Plus subscriber, just use discount code NEWSLETTER for 25% off. 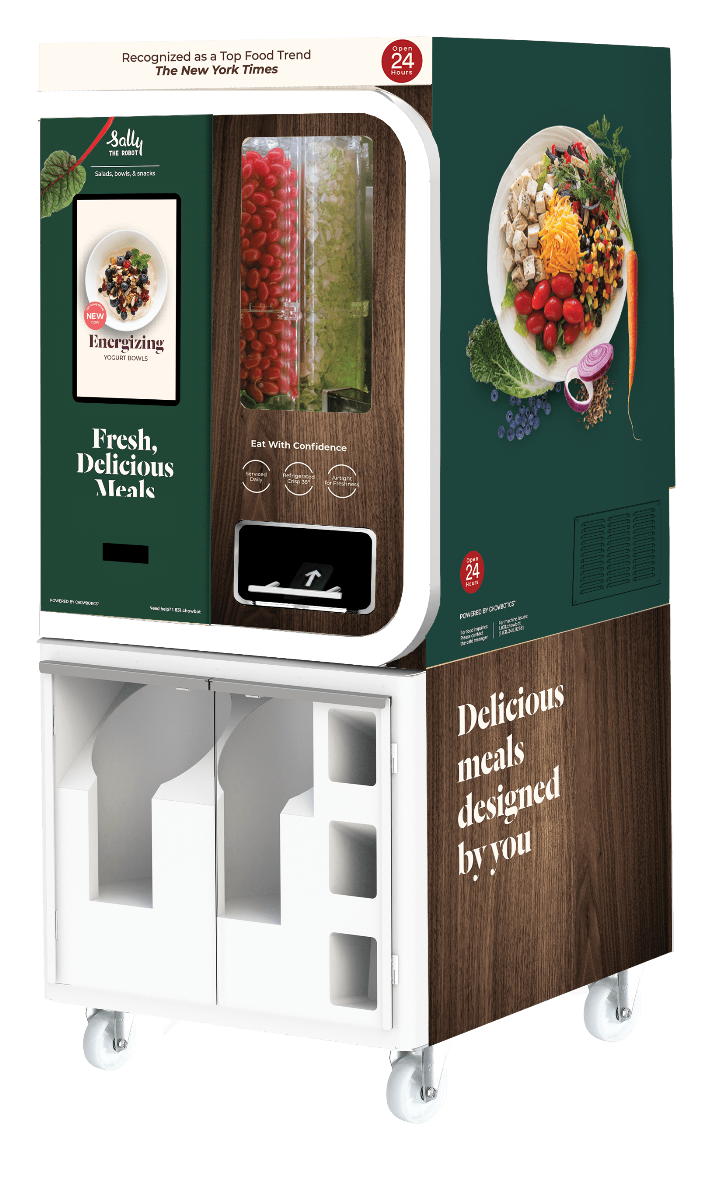 From Around The Web

A Canadian non-profit organization founded in November 2018’ by Environmentalist Nikole Bélanger with the mission of building sustainable schools by using green technologies with a progressive and innovative hand-on education system in communities environmentally receptive.